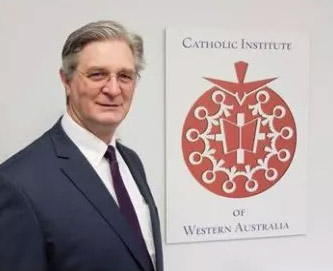 Chris teaches in the areas of Religious Education and Catholic studies at the undergraduate and postgraduate tertiary levels as well as teaching in the areas of pastoral care, values education, and spirituality education. He also supervises doctoral students at Notre Dame in Religious Education and in values education. Chris has a particular interest in teacher formation and has published articles and presented at conferences on this subject, especially in regards to the formation of beginning RE teachers. He has also co-published with Associate Professor Shane Lavery in the areas of service learning, student ministry and school retreat training.

Kerry commenced with the Catholic Institute in September 2021. She brings with her 15 years of education and administration experience within Catholic schools in Western Australia. She obtained her Teacher’s Assistant Certificate from The University of Notre Dame Australia, Fremantle in 2007 and began her career in early childhood at her alma mater, Newman College. During her time at Newman, Kerry worked as a Teacher’s Assistant at the primary school campus, before transitioning into an administrative role as support to Senior Leadership in 2016. In 2020, Kerry commenced employment at Mercedes College as an Administration Assistant, where she worked alongside the Deputy Principal and Dean of Campus.

Kerry has a passion for continuous self-development, seeking new opportunities and challenges and working in a team environment. For these reasons, Kerry is excited to embark on a new chapter in her career as part of the CIWA team. 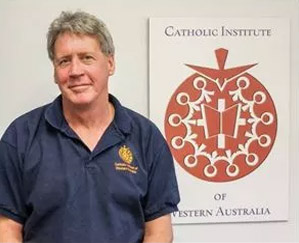 Damian obtained his teaching degree in Victoria in the late 1970s and came to Perth in 1981. Since then, he has taught in a number of Catholic schools (both small and large) holding the positions of classroom Teacher and Assistant Principal Religious Education.

Damian commenced his current position with CIWA at Edith Cowan University (ECU) in 2005. He teaches units in Education, Religious Education and Theology at both the undergraduate and postgraduate level. Damian has a special interest in the spirituality of teaching and religious education pedagogy and is currently completing his PhD in the area of the spirituality of teaching.

Jessica came to CIWA after working as a Primary School Teacher in both country and metropolitan areas for ten years. She completed her Bachelor of Education (Primary) at The University of Notre Dame Australia and began her teaching career at St Mary’s Primary School in Kalgoorlie. For eight years, Jessica worked at Mater Christi Catholic Primary School in Yangebup where she held the positions of Teacher, Curriculum Co-ordinator and Key Literacy Teacher.

John comes to the Catholic Institute having spent the last 30 years as a teacher in six Catholic schools in Western Australia. He has also over 23 years experience as either an Assistant Principal or as an Acting Principal in both city and country locations. John enjoys implementing latest teaching methodology and engaging active learning in the Religious Education Learning Area, whilst relishing the opportunity to mentor both teachers and leaders. The former involved a major part of his PhD thesis completed at The University of Notre Dame Australia, with John also assisting Catholic Education WA with the re-introduction of their Early Career Teacher program. 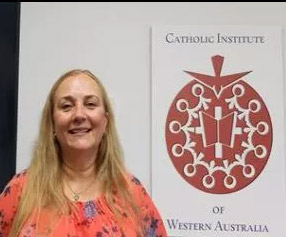 Megan joined CIWA after many years teaching in secondary Catholic schools in NSW and WA. She has taught classes from Years 7 to 12 in a diverse range of subjects and has worked in a number of roles including Head of Department, Year Coordinator, and Faith and Liturgy Coordinator. Megan began her involvement with CIWA on a sessional basis delivering courses at The University of Notre Dame Australia.

Nathan comes to CIWA after working on both sides of Australia in tertiary, secondary and primary spheres of education as an Associate Lecturer, Classical Languages Teacher, Head of House and Deputy Principal: Student Services.

He holds a PhD in Classics and Ancient History from the University of Western Australia and a Master of Education (Religious Education) from the University of Notre Dame. Nathan has a passion for pastoral care, faith formation and social justice both in schools and in the world in general, having previously worked for Caritas Australia, the International Aid and Development Agency of the Catholic Church in Australia. He is also an accomplished musician and a graduate from the Western Australian Academy of Performing Arts.

The Most Reverend Gerard Holohan

Building confidence in Catholic educators and leaders for tomorrow

Select the fields to be shown. Others will be hidden. Drag and drop to rearrange the order.
Click outside to hide the compare bar
Compare
Wishlist 0
Open wishlist page Continue shopping